When the slow decay of the universe starts suddenly speeding up and the eventual end of creation is looking more like, oh, say Sunday, messengers decide to reveal the location of a long-lost sacred text to a space-faring vampire.

END_OF_DOCUMENT_TOKEN_TO_BE_REPLACED 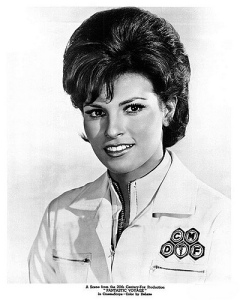 People keep requesting a copy of my satirical science fiction novel, Ainadamar. It makes sense. It’s sensible. That is, it’s not unreasonable someone should want to read about a vampire, lady barbarian and giant kitty going back in time to save Federico Garcia Lorca in order to arrest entropy and save the world. Is it? No. It is not. So contact me at curthopkins|@|gmail|dot|com if you’d like a copy.

Raquel photo by X-Ray Delta One

If there’s one sure way to attract attention to your novel, it’s to publish it on a blog like Morpheme Tales. After all, practically 80 people a day, most looking for “naked bums” visit this site. Shortly after publishing sample chapters, I imagine Tor or DAW or Harper Collins will be knocking down my door. The heart-felt praise from all of you, my devoted devotees, won’t hurt either. Am I right, people? Am I right? People? *sigh*

When the slow decay of the universe starts suddenly speeding up and the eventual end of creation is looking more like, oh, say Sunday, mysterious messengers decide to reveal the location of a long-lost sacred text to a space-faring vampire.

In my satirical novel “Ainadamar,” Prince Ivan Stratsimir of Krăn’s family motto — one which has also functioned perfectly well as the motto of the Madrugada, the spaceship he commands — translates roughly as “It’s All About the Benjamins.” So a divine charge to find and employ the Enchiridion is met with some ambivalence, especially since it may mean his death. Again. With the help of a crew of fellow temporal refugees — the chain mail-clad Red Mona, a mountebank, a cowboy named Slim, a feline engineer, a cephalopodan ship’s surgeon and Stanislaus, the Madrugada’s shape-shifting chef — Stratsimir must make his way across half a universe and a handful of centuries to find and use this cross between a scripture, a spell-book and a computer operating system and fix the form of the created worlds. Along the way, they have to fight, avoid, trick and bribe everyone from religious extremists who believe sin can only be destroyed by reversing the Big Bang, a galactic empire that makes those chumps in Star Wars look like a Canadian provincial transportation subcommittee, super funky space banditos and an army of zombies.