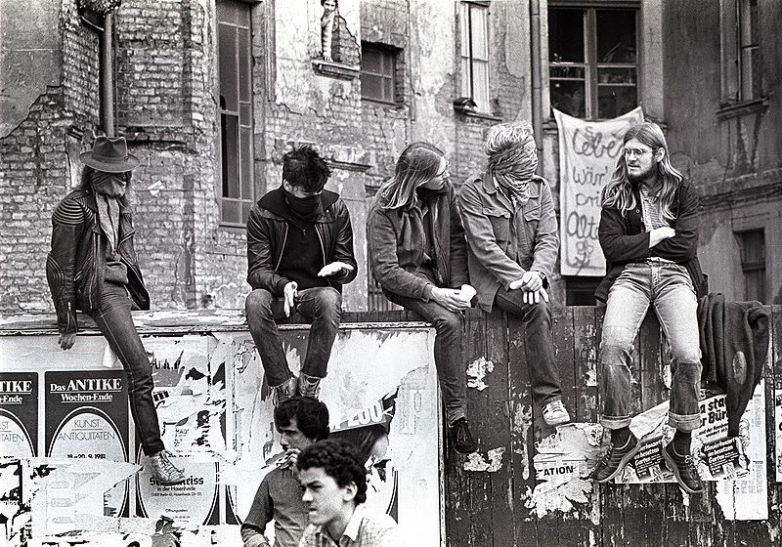 I first wrote a version of this as a comment on a Facebook page I follow, but I thought it was worth reposting and expanding here on my blog.

Years ago, I hung out at a squat (a “besetztes Haus”) in the Kreuzberg neighborhood of West Berlin, back when Berlin had a West and an East. I met and talked with the ex-cons, Turks, junkies and radical kids who lived there. A guy we had met hitchhiking (who dressed in women’s cloths) took us up to the roof of the apartment house they occupied. If you had slipped off that roof you would have landed in the no-man’s land, the killing zone, with its mines and razor wire and guard towers. The Wall, in other words, was their wall.

He showed us where he and the others had painted “Mörder!” (“murderers!”), in response to a rash of killings perpetrated by the East German border guards against would-be escapees, in huge black block letters across the entire roof.

The workers in the factory right on the other side of the no-man’s land (or their bosses) had retaliated with a sign painted on the roof of their building, saying, rather confusingly, “Zuerst, muß man arbeiten” (“first you have to work”), which creepily echoed the “Arbeit macht frei” (“work makes you free”) of the concentration camps.

The entryways of these besetzte Häuser all had mesh nets with thousands of pounds of concrete in them, designed to drop with the pull of a cord onto the (West German) cops who frequently tried to roust the occupiers. 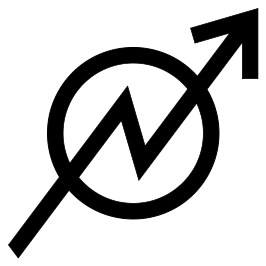 background of the Hausbesetzung movement (en.) was that at that time in Berlin and other cities around Germany, the owners of apartment buildings in the decaying cities had let them fall into disrepair and forced the tenants out. Because of the way the tax code ran in Germany, it cost the owners less to let the buildings lie fallow than to have them tenanted, especially since they would then have to make them livable. Other countries, mostly in Europe, had their versions of the Hausbesetzung movement. (What the specific circumstances of their creation were, I don’t know in any detail. Germany was my place at the time.)

At this time there was a shortage of reasonably-priced housing in Germany and the economy was awful. So, the students and workers and others broke into the places and began living there. These people were not vandals. Most did not, by and large, live in squalor. Instead, they did a tremendous amount of work on the buildings they squatted, fixing the plumbing and electricity, repairing walls and windows and weatherproofing them.

You can make too much of an analogy between between those occupiers and the #occupy movement of today. In some ways, #occupy seems much more abstract, and, I can assure you, the percentage of participants on the margins of society is minuscule in today’s movement compared to those in the besetzte Häuser. But they are not completely unrelated either. I wonder what those who are occupying Wall Street could learn from those who occupied houses.

Twenty years later I visited Berlin, and Kreutzberg, again. I discussed that visit on a radio series called “American Monster,” which I produced for a National Public Radio (NPR) station. The story on Berlin was titled, “The Soundtrack to the Fall of the West.”

I am a poet and journalist and so on amber so forth in rows magnet. View all posts by Curt